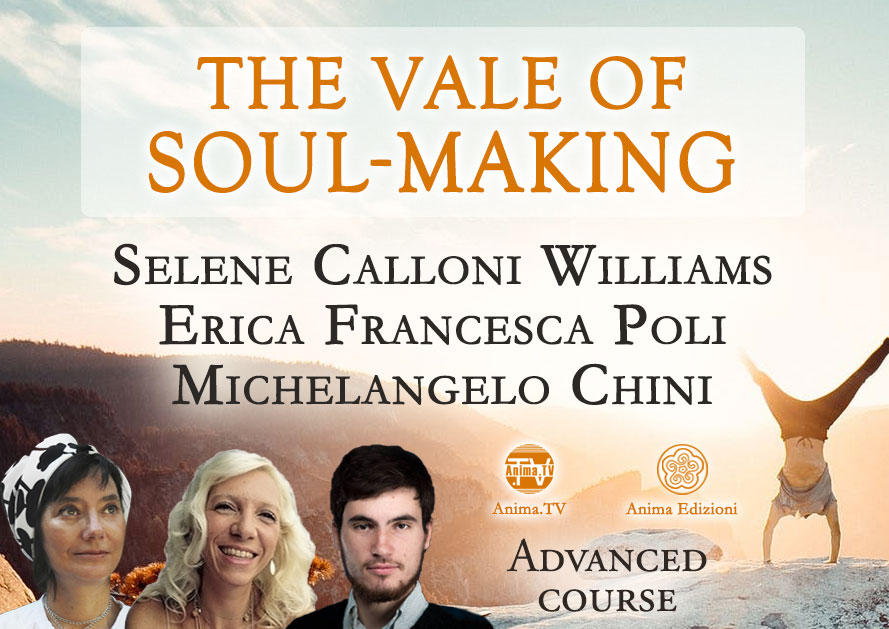 An advanced course aimed at everyone and in particular at professionals active in personal growth and support, psychotherapists, psychologists, doctors, nurses, counsellors, coaches, social workers, teachers, managers, entrepreneurs and everyone who really wants to carry out an important and effective process of personal growth, an adventure through our consciousness for a deep transformation of ourselves, within the framework of alchemic psychology, with the aim of rediscovering, in our personal and professional lives, the key to the Soul as a tool of ultimate evolution.

We live in a time of great changes. Technology is transforming our lives very quickly, enormous possibilities open up for individuals and for the whole of humanity.

Scientific evidence provided by modern biology and physics proves the interrelation of all life forms and is increasingly confirming the concept of true planetary unity, the existence of an interdependent network of information that ties humans, society, the environment and the whole biosphere together.

We increasingly find ourselves facing the choice whether to work towards a world where cohesion and connection are the source of true progress, or instead, use this knowledge for destruction. Which path are we taking? This question is weighing on us, a definitive answer is becoming more and more urgent, whilst an optimistic vision about the future of our world seems less and less likely.

From the ecological point of view, we know that global warming is putting our survival in danger.

According to the UN, more than a million species will disappear in the next few decades, and the responsibility lies in the way human beings have used and abused natural resources.

Humans are causing the extinction of other species at 1000 times the speed of natural selection.

Science warns us that the sixth mass extinction might be near. But this time it won’t be because of a meteorite or an ice age, but because of a single species – our species.

The ecological emergency isn’t, however, the only problem we face.

According to recent analysis, the great majority of people do not like their work and do not feel passionate about what they do.

Poverty is on the increase and a valid alternative to our economic model, based on the incessant increase of productivity, and thus the eternal kindling of new needs amongst the population, has not yet been found. Yet, the buying power of common people decreases. The result is widespread, deeply rooted frustration.

Educational systems are unable to properly prepare people to face change, whilst technology causes complex logical thinking to be ever more important. Priorities are not balanced: emotional, spiritual values are increasingly set aside, causing an epidemic of stress, anxiety, depression. Not to talk about the difficulty of finding peaceful stability at the geopolitical level, or about the crisis of values within traditional religious institutions.

We need to match technological progress with a new thinking model. To achieve this, we must reintegrate into the overall picture the human dimension of myth, of symbols, we need to seriously analyse the archetypes that shape our vision of reality, our world, our behaviour. An archetype is the original form of an experience; it determines the experience’s profound meaning.

We have a pivotal role to play in the formation of new thinking methods able to intensify awareness and consciousness as the individual’s most powerful tools. Not being content with what one has learned at school, broadening knowledge and skills to develop a personalised intervention system, and always acting creatively: this how one can really have a positive influence on one’s own destiny, on relationships and on the broader world.

Acquiring a new awareness of mind, heart and body is the one true vector of evolution, in the social as in the personal sphere.

The soul, as the organ of our imagination, needs to re-assert itself through this transformation of the conscience so that a re-imagined human being, a true ecology and a new beginning for society may come about.

Selene Calloni Williams is an author and documentarian who has authored bestseller books published in several languages. Selene’s spiritual journey started in Sri Lanka where she met her first teacher who initiated her to shamanic yoga and where she practiced meditation in a Theravada Buddhist monastery. On her return to Europe she graduated in psychology and went on to get a post-graduate degree in screenwriting. She then encountered the psychoanalyst James Hillman, who introduced her to the world of archetypal psychology and imaginal vision. She also spent many years in Siberia and Mongolia deepening her understanding of shamanic traditions from the teachings of Turko-Mongolian, Altaic and Buryat shamans. She wrote several books on Turko-Mongolian shamanism and has made several documentaries on this subject. Her  book “The Mother Mantra: The Ancient Shamanic Yoga of Non-Duality” (Inner Traditions/Bear & Co., January 2019), is a key to making great positive changes in life, a powerful tool for overcoming subconscious programming and releasing fears. All the Shamanic Yoga practices can activate skills and facilitate the gifts of knowledge, vision and imagination. Selene founded the school of Imaginal Counselling in Switzerland, and the school of Shamanic Yoga.

Erica Francesca Poli is a psychiatrist, psychotherapist and counsellor. A member of scientific societies, including the IEDTA (International Experiential Dynamic Therapy Association) and the ISTDP Institute and OPIFER (Italian Psychoanalytical Organisation, Federation and Registry). A thorough and diverse psychotherapeutic training has provided her with the ability to unite the world of the psyche with spirituality, developing a personal interdisciplinary and psychosomatic method of work. This knowledge is continuously expanded by her active participation and organisation of courses, congresses and scientific publications, her study of supplementary medicine with the implementation of traditional pharmaceuticals, phytoceuticals and nutriceuticals, as well as the use of innovative therapeutic techniques that are strongly rooted in new Neuro-scientific knowledge on the functioning of the mind. This approach is not limited to treating individual psychic disturbances, but involves caring for and paying attention to the person in their entirety, mind and body.

Michelangelo Chini is a young linguist, classicist and anthropologist. Mastering seven modern and three ancient languages, Michelangelo has been particularly interested in the study of Russian culture and literature since age 14. Michelangelo has studied Classics, with a special focus on pre-Socratic and Platonic philosophy, and Russian literature at the University of Cambridge, UK and at St Petersburg State University, Russia. He has furthermore worked as Human Rights attaché at the Embassy of Switzerland in Kazakhstan, where he also studied local shamanic and Sufi traditions. He is at Cambridge completing a Master’s degree in Social Anthropology, with particular interest in spirituality in the contemporary Buriat and Altaic societies of Southern Siberia. Besides having a deep interest in all languages and cultures, modern and ancient, Michelangelo is an avid reader, enthusiastic traveller and devoted mountaineer, rower and mountain-biker. 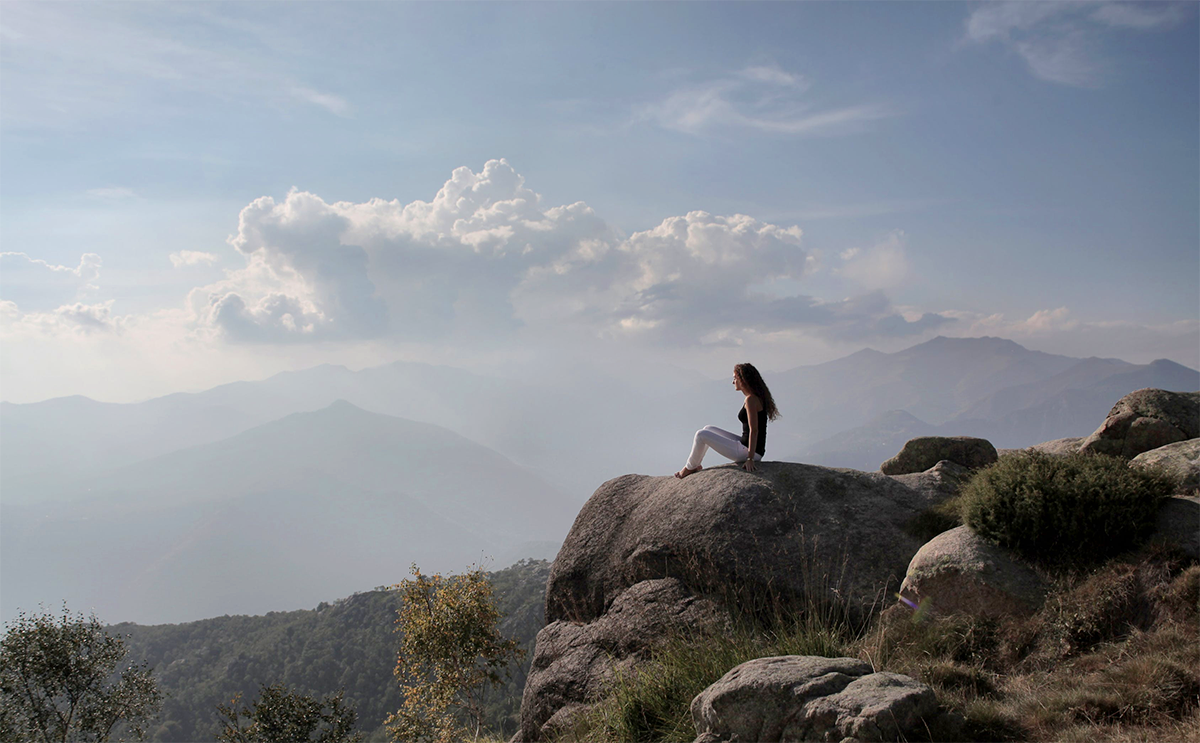 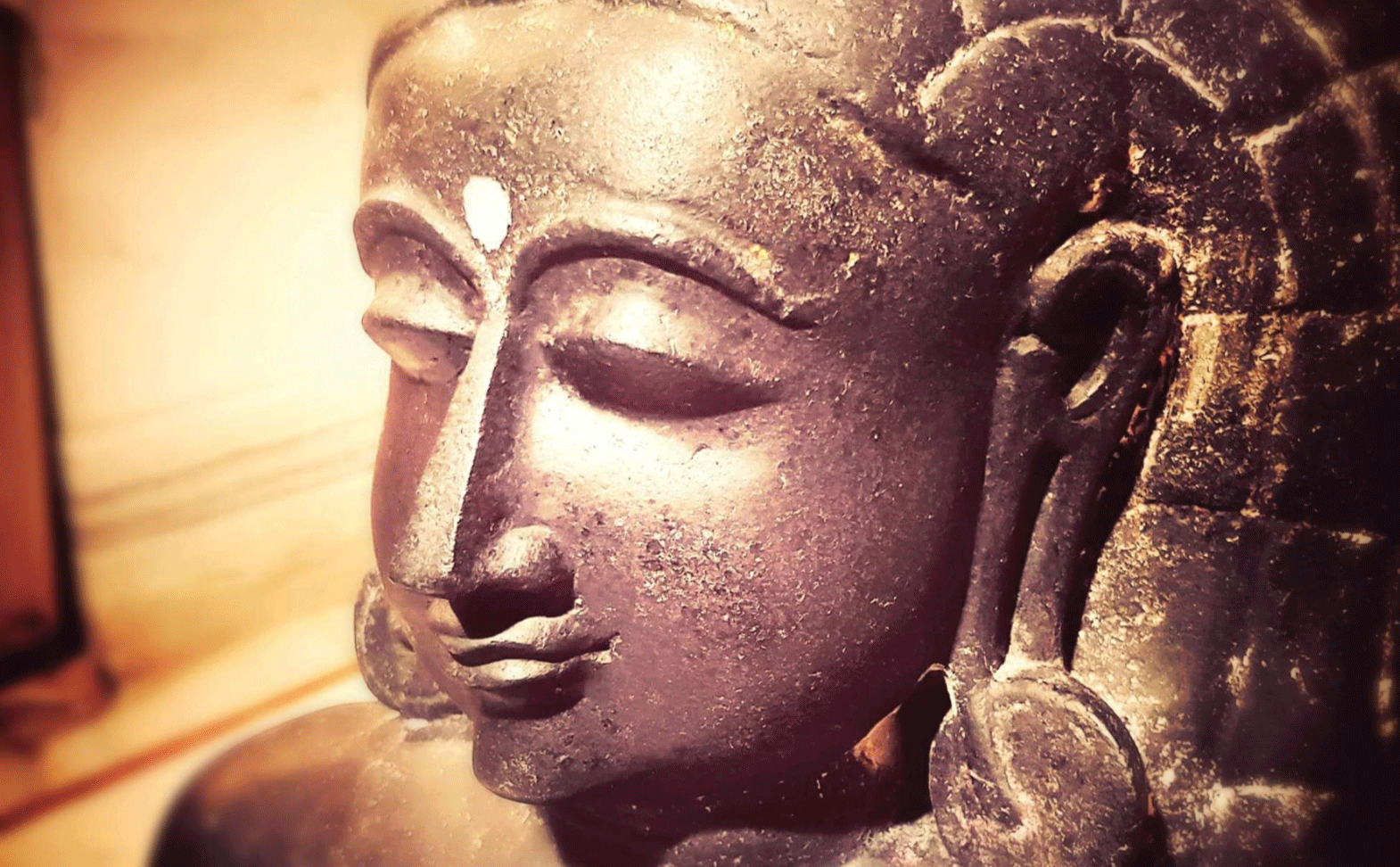 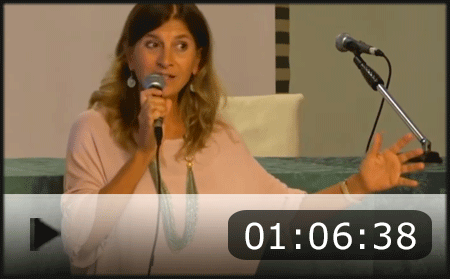 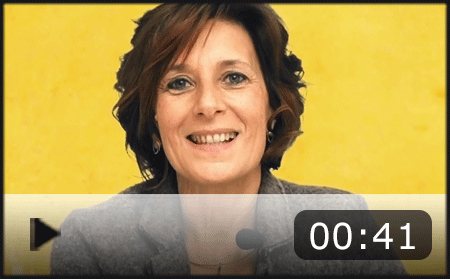 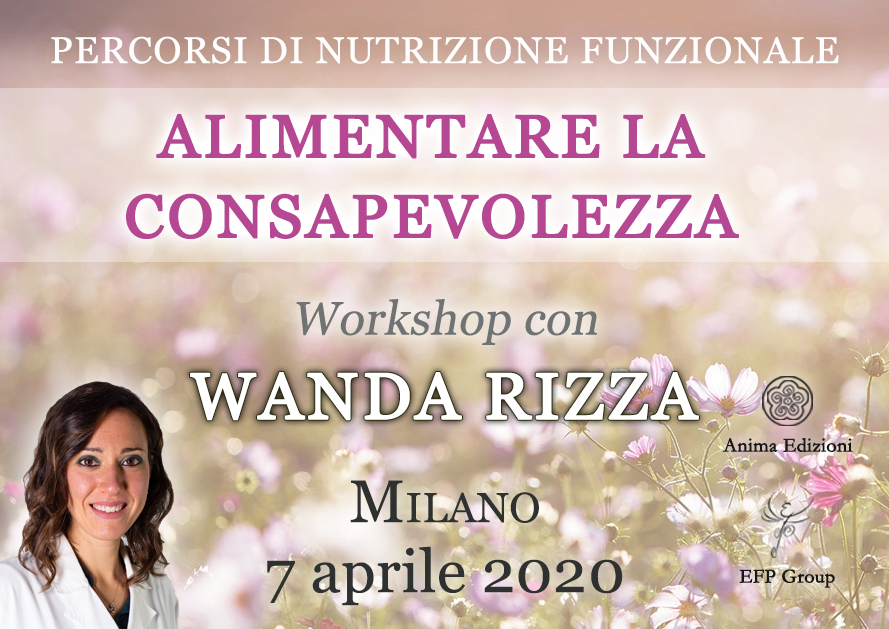 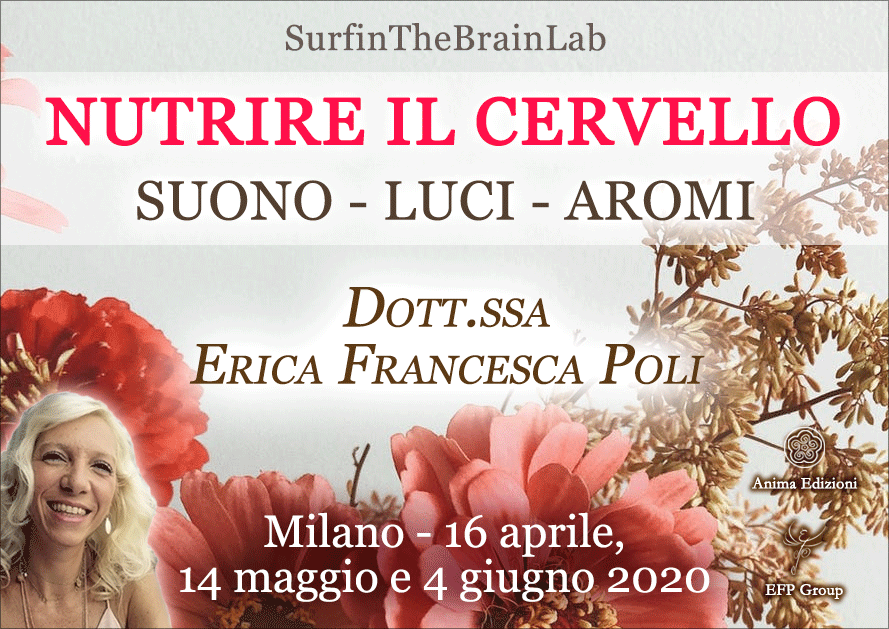 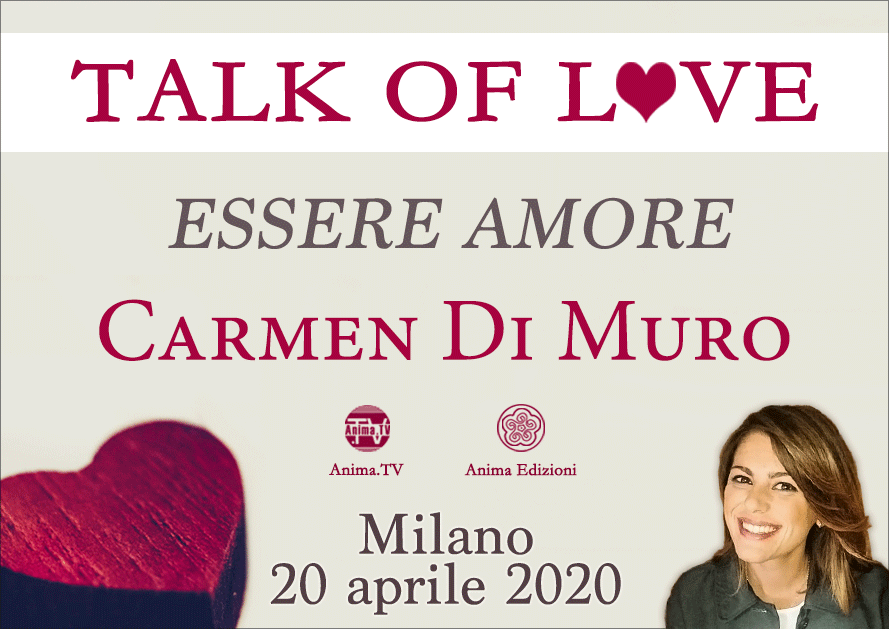 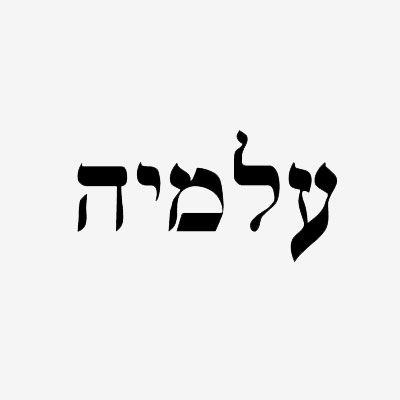 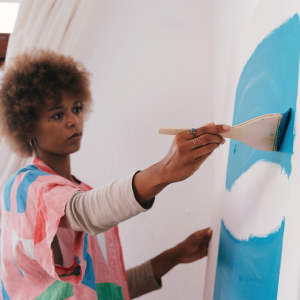